A Pioneer in the Burgeoning Marymoor District 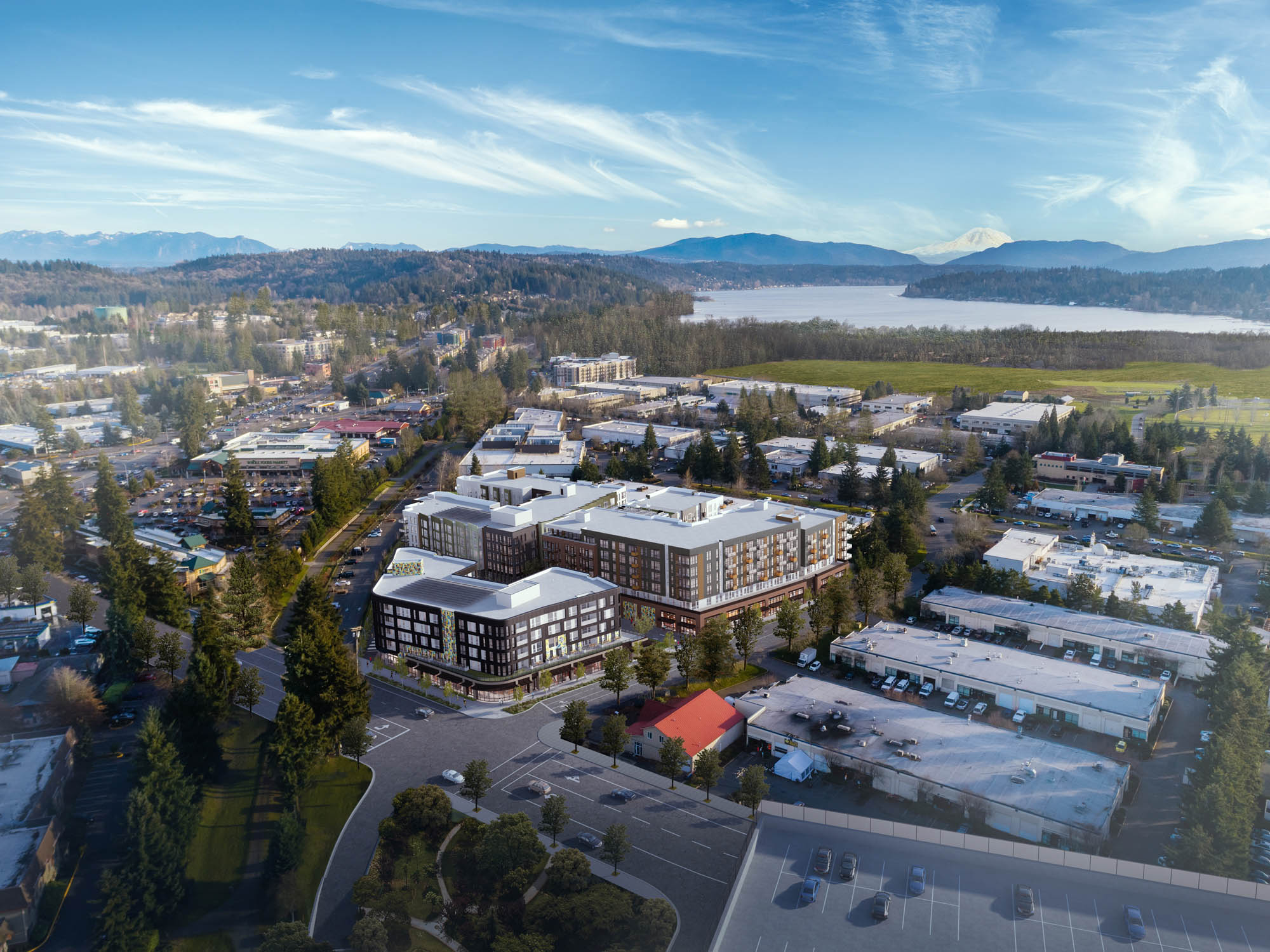 With the development of new light rail extensions into Redmond and recent efforts to rezone underutilized areas of the city, the Marymoor sub-area has become an emerging destination to live, work, and play. One Marymoor Park is the first project to enter the newly created neighborhood, and is uniquely situated as a gateway to the overall community. By designing a cohesive anchor project, we aimed to also create useful patterns for the area’s future. 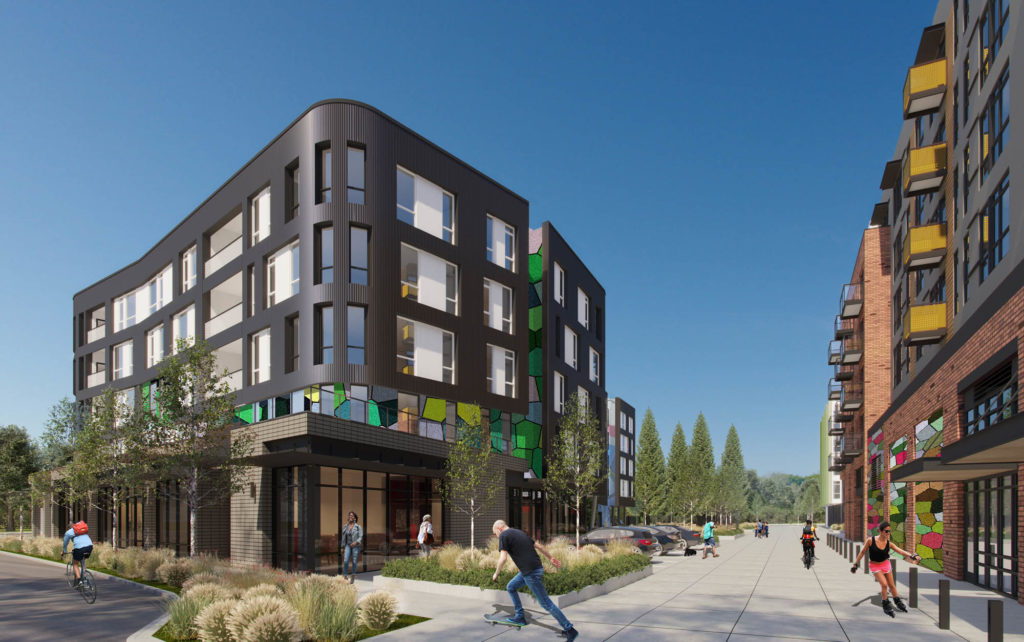 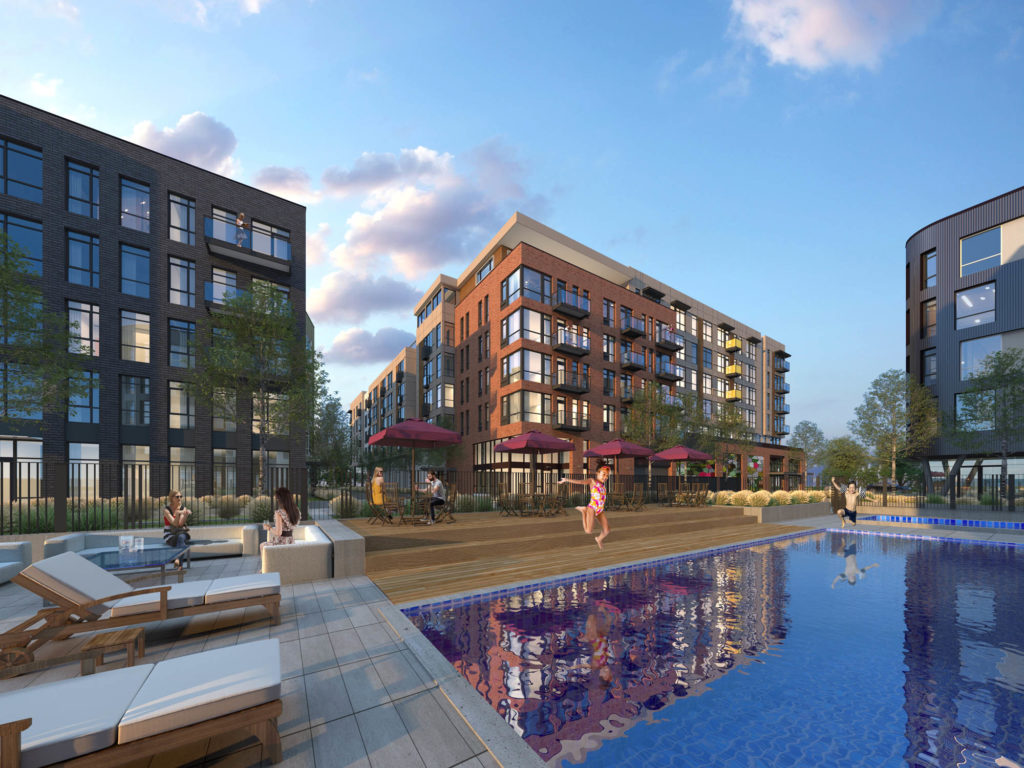 Human needs at the forefront.

While the project focuses on residential community, it also welcomes those in neighborhoods beyond; public investments and private amenities converge in the heart of the development. With 1% of construction costs earmarked for public art, we integrated murals into the architecture of the building, and included sculptural interventions throughout the plan. Celebrating the natural beauty of the site, we aligned views with Mount Rainier and Lake Sammamish, and took care to orient the buildings to maximize moments of sunlight for all.

Taken as a whole, One Marymoor Park is an eclectic and expressive collection. The curvilinear Gateway building is inspired by the industrial design of Raymond Loewy; the Garden Crossing offers a contrasting angular counterpoint, while the Urban Edge independently explores the aesthetics of modern lofts. By designing buildings within such a diverse aesthetic spectrum, we’ve sought to create broad opportunities for the community’s future visual expression. 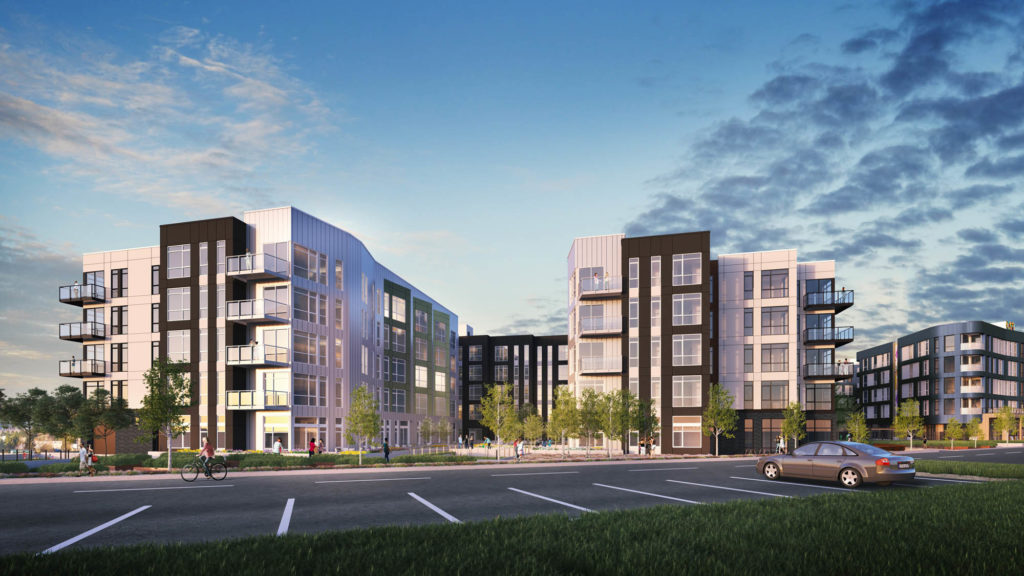 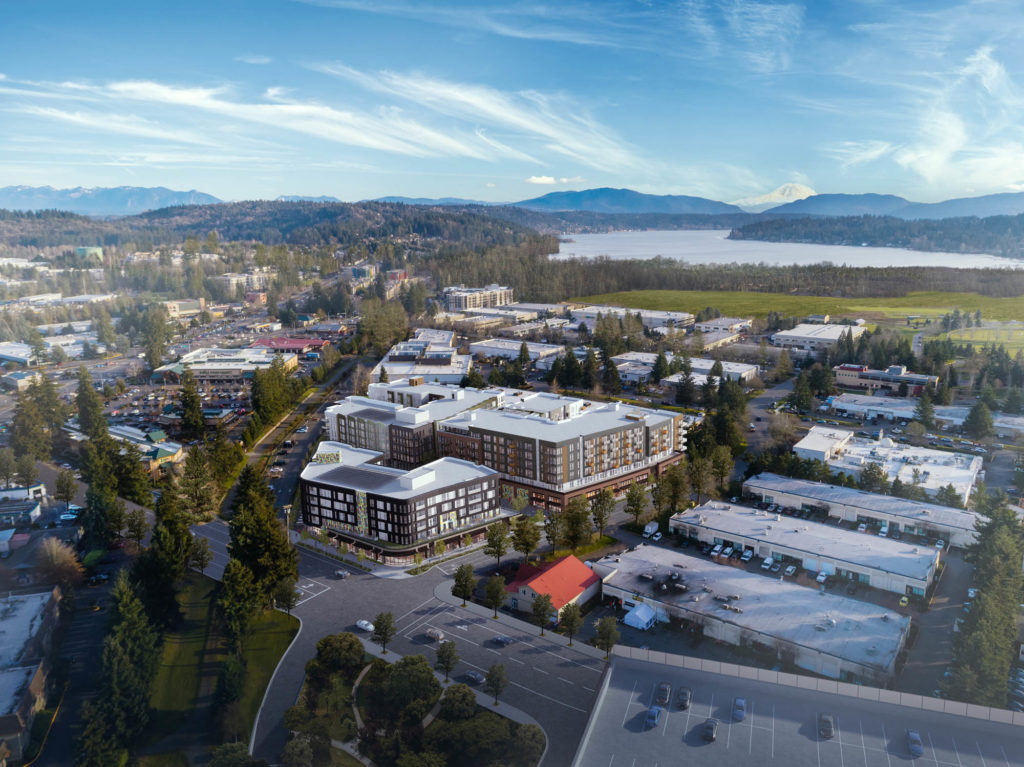 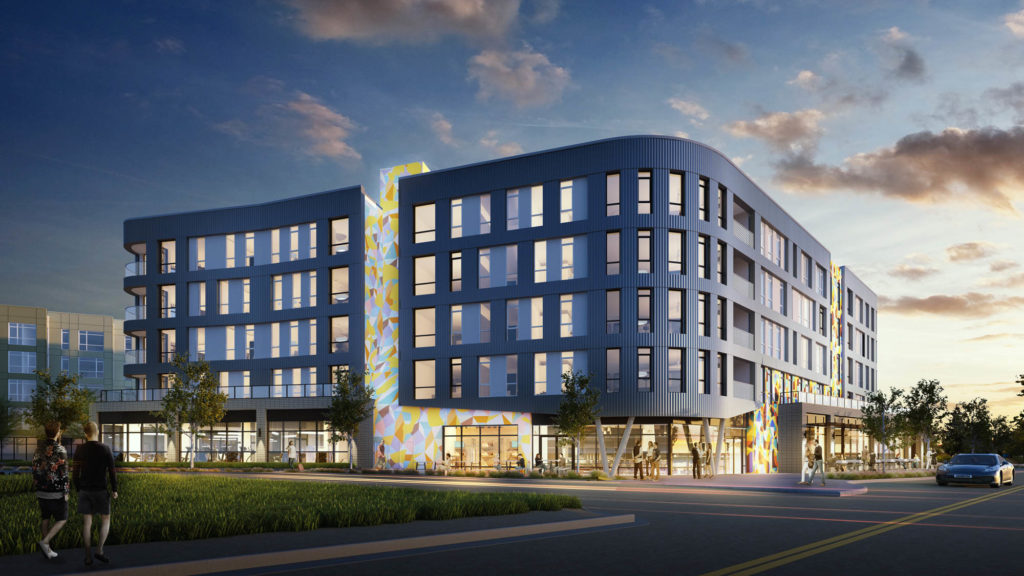 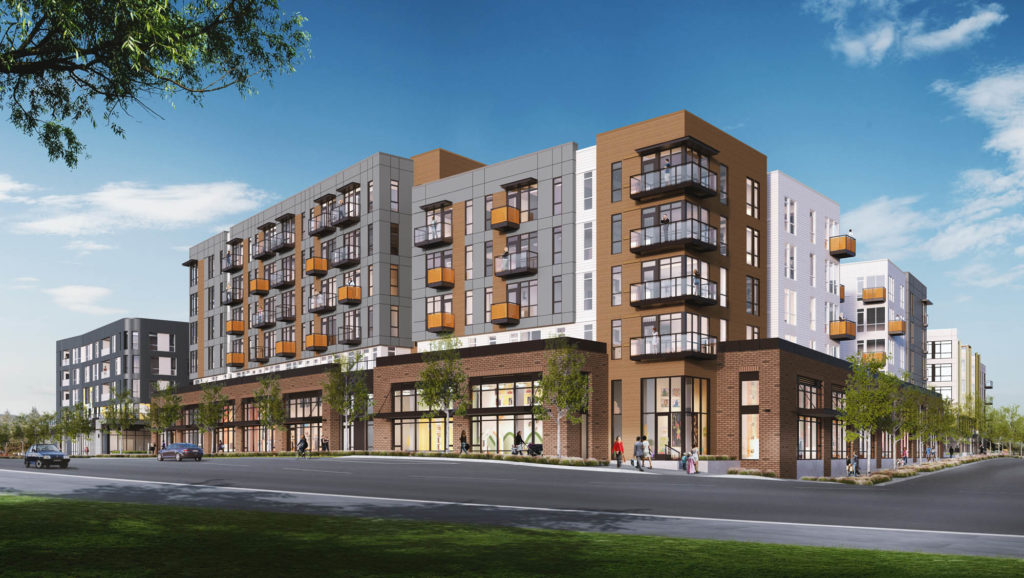 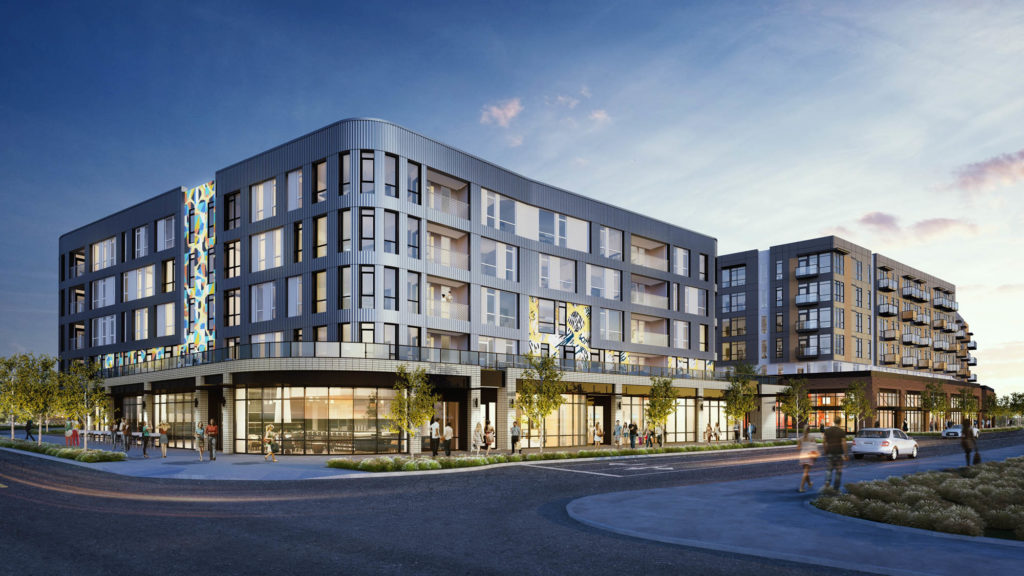 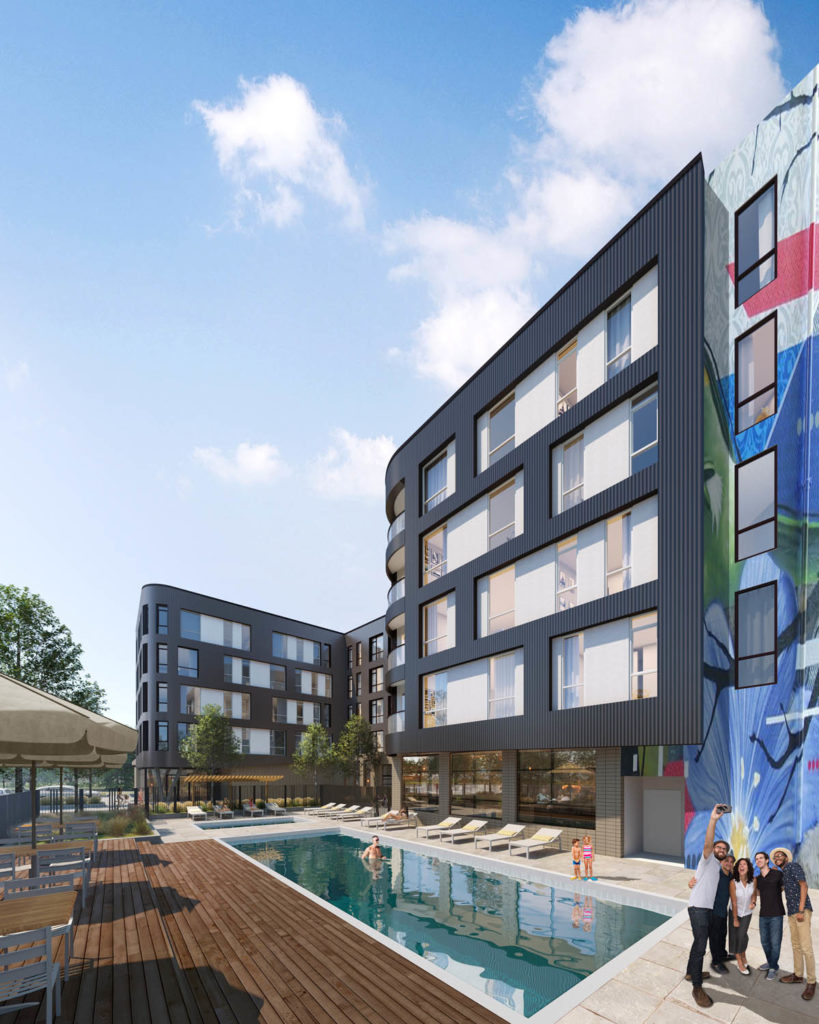